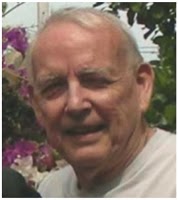 I've just recently learned that Anthony Lawson sadly passed away on January 8, 2015. For those unfamiliar, Anthony Lawson was the creator of the massively popular video "WTC7 -- This is an Orange." He was also one of the most meticulous debunkers of the various WTC "no-plane" theories, one of the best I've ever seen. Though he did hold some views I would soundly disagree with (e.g. "no plane at the Pentagon;" "real planes switched with different planes"), his work in the Truth Movement was overall extremely beneficial, and was a great help to me and others. He will be missed. The video below was made by his son Ashton, and is the last video that will ever be uploaded on his YouTube channel. As he says in the video description, any donations to assist the family's medical costs would be very appreciated.


Anthony Lawson passed away on the 8th of January, 2015 due to colon cancer. This video will be the final one on his channel.

The months leading up to his death were filled with much anguish and confusion, as after an operation to fix his inguinal hernia there were a series of follow-ups and other procedures to determine the causes of the severe back pain that followed. In the end, the cancer was discovered on New Year's Eve, far too late to have anything done, and his mental state as a result was too erratic for him to truly know what was wrong.

The medical costs have placed the family in a tight situation, so if anyone would like to make a donation, however small, please send an email to lawson911@gmail.com.

Update Feb 3, 2015: Some people have requested an obituary of sorts, so here it is:
Anthony Charles Ashton Lawson passed away on the 8th of January, 2015 in Phuket, Thailand, at the age of 79 due to colon cancer. He was born on March 31st, 1935 to Lionel Lawson; a violinist and leader of the Sydney Symphony Orchestra, and Queenie Ashton; a renowned soprano radio actress. In early life he sought work in the field of radio, making a name for himself as one of the best radio editors in Australia, later moving to the UK where he progressed into camera work, eventually becoming an award-winning commercial director and producer, having shot advertisements across Europe, in the US and in Asia. He moved to Hong Kong to take up positions as creative director, and also lent his voice to various commercials; most notably to Cathay Pacific and Star TV. Having always enjoyed tinkering, he turned to invention, moved to Thailand and created a food mixer known as ChefMaker, which did not see success due to the global shock that was 9/11. Having always valued the truth and having always taken a stand against injustice throughout his life; traits passed down to him by his mother, he spent his final years using his vast experience to shed light on the events of 9/11 and the terrible world events that have since followed. He is survived by two sons and a daughter.
Posted by Adam Taylor at 12:15 PM